The Bicycle is Born

Like many of the world’s greatest inventions, the machine that gave rise to what we now know as the bicycle was born of necessity. A string of poor harvests in Europe from 1812 led a German civil servant to develop a human-powered form of transport to counter the reliance on horses, which were in short supply due to a scarcity of animal feed. Karl von Drais christened his 1817 invention the ‘Laufmaschine’ (running machine), after the swift walking movement required by the rider in order to propel it forwards.

The bicycle is the only reliable, cheap form of transport for families and workers in many poor and less accessible parts of the world, especially in war-torn places such as Kabul, Afghanistan. 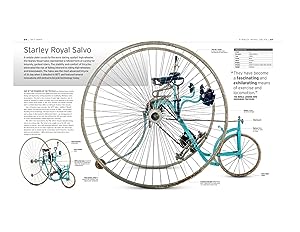 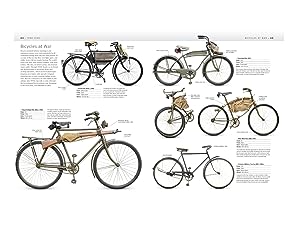 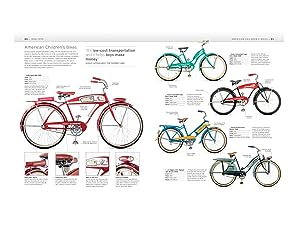 “They have become a fascinating and exhilarating means of exercise and locomotion.”

Bicycle-mounted infantry messengers and ambulance carriers were used extensively by all combatants during WWI.

The Flying Pigeon became the approved form of transport withing the People’s Republic of China, so much so that the country became known as the kingdom of bicycles.

“He seems to caress the handlebars, while his torso seems fixed by screws in the saddle, his long legs stretch to the pedals like the limbs of a gazelle.”

Be the first to review “Bicycle: The Definitive Visual History” Cancel reply

Streetfight: Handbook for an Urban Revolution

Trains Coming Through!: My First Book of Trains

Added to wishlistRemoved from wishlist 0
Add to compare
$2.99
Thebestdealscheap.com